The venue most recently known as Delaney’s music bar, at the junction of London Road and Cemetery Road near Moorfoot, is to reopen in early April under it’s old name of the Beer Engine under the new ownership of Tom Harrington. Tom has some good experience of Sheffield pubs under his belt, most recently working for Thornbridge Brewery’s pub operation and previously working in good pubs such as the Sheaf View and was involved with the Hillsborough Hotel in the days of it being run by the Edale Brewery Collective! The focus at the Beer Engine is good beer, the cellar has been refurbished and the bar will feature a couple of regular house beers including a traditional bitter plus a range of ever changing guests, the intention is to feature breweries that are less common in Sheffield’s pubs to keep the range interesting.  in total there will be 6 handpumps for cask ales. There will also be a handpump for real cider and the keg beer range will mostly be supplied by Wells-Young who is providing some of the dispense equipment (the pub is otherwise free of tie) – although there will also be guests from ‘craft’ brewers. 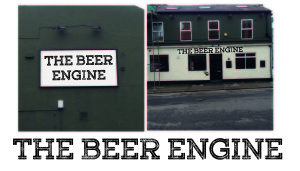 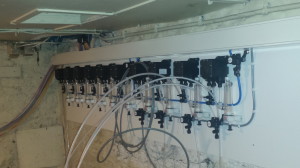 The pub has a small kitchen and there will be bar food available, this will generally be snacks that complement the beer including choices that will appeal to the after work crowd although there are also plans to offer Sunday dinners and on Sheffield United match days Pie & Pea lunches will be available. The outdoor area has been opened up thanks to the various student flat developments being constructed nearby and this will be developed into a large, pleasant area to drink outside on a warm day with appropriate lighting, plants, trees etc. There is also plenty of room to put special events on in the summer. In the longer term, once the pub itself is up and running successfully,  there are plans to open a 5 barrel brewery in the unit next door that was previously a fast food takeaway, this will feature large windows so drinkers in the beer garden can see in, the intention is to bring back modern versions of old traditional beers done to a high standard.

Sheffield Pubs of the Year

Here are the details of our branch meetings, socials and other activities for members coming up over the next month or two.

note due to Covid-19 restrictions we aren’t currently holding physical meetings or socials until further notice. Check elsewhere on our website for volunteering opportunities still available or ideas of pubs to go to with friends.

Neighbouring branches
Dronfield area events and news can be found on their branch website whilst for Rotherham visit their Facebook page. Other nearby CAMRA branches include Barnsley, North Nottinghamshire, Chesterfield and High Peak.

Public transport
Timetables, maps and ticket information for all buses and trams can be obtained from Travel South Yorkshire or Derbyshire County Council. For train travel visit National Rail Enquiries.