The application to demolish the Plough goes to SCC Planning Committee on Tuesday 4 August.

This is the latest twist in a saga which commenced when the previous owners, Enterprise Inns (Ei), decided to deliberately run-down their historically important asset before closure in 2015.

Two years later, an application to turn the site into a branch of Sainsburys was refused. The pub company then refused to sell to a local Community Group and instead, sold to a property developer. They, in turn, have allowed the condition of the building to deteriorate: there has been no serious maintenance work. Ei and the subsequent owners, Spacepad UK, have simply left the pub to rot.

Planning law places responsibility for the condition of the site with the current owner. By law, the building should have been maintained in a fit and proper condition for its current permitted use as a public house.

The site deteriorated to such an extent that it became the subject of a Planning Enforcement enquiry regarding the unauthorised use of the site as a waste disposal facility and a storage site for unregistered vehicles. An Enforcement Notice was recommended.

SCC should issue a requirement for the building, and site, to be reinstated to the condition it was in at the time of purchase from Ei. At that point, an independent report, commissioned by the Plough Community Benefit Society Ltd., demonstrated that, for the pub to reopen, no major building work was required and that internal refitting costs were manageable within a realistic business plan.

The owners have failed to reinstate the property. Hence, the Council should exercise its power to compulsorily purchase in order to avoid further deterioration.

The application to demolish the Plough does not provide any evidence to suggest that it is not viable as a public house. The developer states that no offers were received to lease the pub. This was because it was offered for a completely unrealistic rent of £50,000 pa. Average rents in this area are between £24,000 and £29,000. This planning application would see the Plough replaced by eight houses on the site, none of which would be affordable for local people. 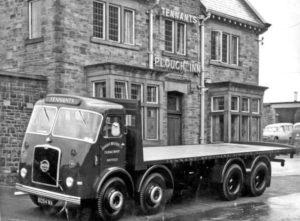 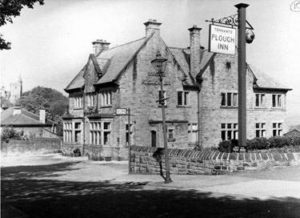 The Plough was rebuilt in 1929 and is an important example of an inter war public house which, according to Historic England, are ‘rare and overlooked buildings’. National planning policy recognises the importance of protecting historic assets and their ‘setting’. This was confirmed in the decision of the local authority to refuse the application from Sainsbury’s.

The recent planning history of a site is also a relevant consideration in planning decisions. In 2017, the local authority rejected Sainsbury’s application for change of use based on the Plough’s listing as an ACV and it accepted that there were no alternative community facilities within a reasonable distance. In 2018, following the sale of the Plough, the local authority re-listed the pub as an ACV. As there have been no material changes in the reasons why the Plough was listed as an ACV, this should remain an overriding consideration in any decision.

There are 214 public comments regarding this planning application: 205 are against the proposal. However, SCC Planning Officials are recommending that demolition goes ahead. If the Planning Committee accepts this recommendation, it sets a dangerous precedent: all a developer needs to do is allow a building to slowly fall-down, and, eventually, SCC will give permission to demolish.

As previously stated we believe that the Plough should be functioning as a community pub, with the added attraction of its key place in the history of world football. A small internal museum would not be inappropriate.