Drinkers in Sheffield pubs are being reintroduced to a bar game that had almost died out in the city.

Bar Billiards in Sheffield has become so popular that the number of facilities has almost doubled. Landlords Steve and Rebecca Keir are trying to save the traditional pub game from extinction by starting a new league.

They started their efforts to save bar billiards in January 2014, as they had one of only two tables left in the city.

They joined forces with The Gardeners Rest at Neepsend to host regular tournaments of the traditional pub game.

Now there are eight Bar Billiards tables in the city, with new facilities at the Butchers Arms in Marsh Lane, The Steelers Bar at Intake, The Commercial in Chapeltown and more recently at Shakespear’s at West Bar.

Steve Keir, and his wife Rebecca, said: “The game is certainly becoming a hit, more and more people are starting to become involved.”

Bar billiards, which first became popular in England during the 1930s, developed from the French and Russian game ‘billard russe’.

The game is played from only 1 side of the table, making it ideal for small and traditional pubs. Players must pot balls into any of the nine holes on the table, which all have a different point score, within a 17-minute time limit without knocking over any of the three pins.

We are working tiredlessly to save this great British game in Yorkshire and are always looking for new venues, teams and players. It is a fun league with players of all abilities and we dont take it too seriously. For us, its more about the game and the enjoyment of playing, not the win. So if you want to join in, all are welcome. Please help us save Bar Billiards contact your local Billiards pub or contact Sheffield Bar Billiards 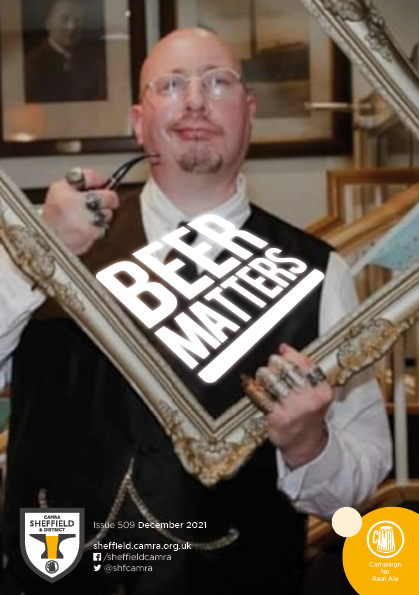