Steel City haven’t brewed at ‘home’ since January – being temporarily homeless has that effect!

However, Dave has been busy with collaborations near and far. After the Neepsend passionfruit pale ale The Passion of St Tibulus, and the two sours at Lost Industry (Golden Sour in A Moscow City Hotel Room and Peach Melba Sour), Dave decided he really should get out more… so 4 collabs ensued in the space of a fortnight.

First, Dave headed to Huddersfield, along with Jimmy and Nate from Lost Industry, for a three-way collab at new brewery Beer Ink. Well, we say new… Dave brewed there 8 years ago when it was still Mallinsons! The brew was Star Beer, a Star Bar-inspired imperial stout with peanut flavouring, caramel and cacao nibs.

A week later was a trip to Edinburgh to visit Jaan & Pan at Black Metal Brewery. Imperial Black Kvass was the order of the day, a take on a traditional bread-based ale brewed all over the former Soviet Union, but at 6%+ rather than the traditional 1-2%. ‘Kvassphemy’ is also more heavily soured, ph3.6 before fermenting. 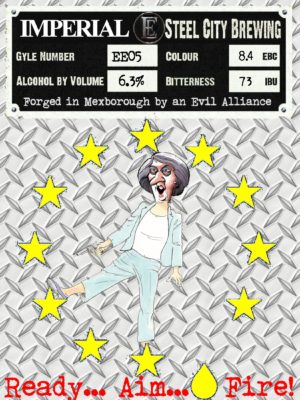 Next was a midweek trip to Mexborough to brew at Imperial, so as the brew coincided with Theresa Mayhem signing the Article 50 Economic Suicide Note the guys decided to brew a Euro IPA. ‘Ready… Aim… Fire!’ is 6.3%, pale, and features hop varieties Mandarina Bavaria and Huell Melon.

Next weekend it was down to Raw, as Dave and David realised that despite regularly collaborating it had been years since they’d brewed the sort of hoppy pale beers both are known for. ‘Raw Steel III – Transatlantic’ is a 6.2% IPA featuring a British hop so new it has no name yet! Well, it has a name, but not one we can tell you just yet… Also featured are Chinook (UK) and Jester (UK), and mandarins, just because.

Sheffield Beer Week was very productive with no fewer than six venues purveying Steel City beer, as well as Dave blagging future collabs at Yellowbelly in Wexford and Weird Beard in That London. 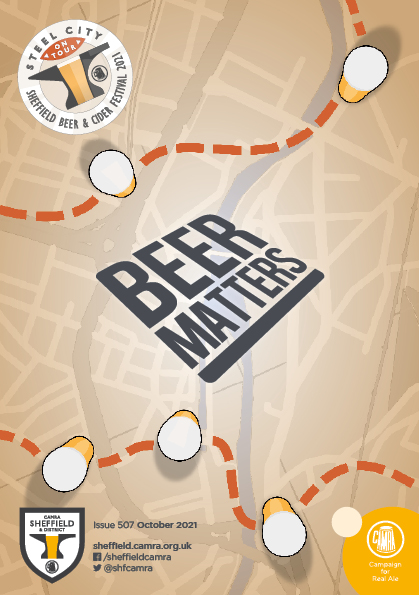